Skip to content
🔥🔥🔥 20% OFF ALL TEAS! Enter code: STAYCHILL
📢Delivery times may be longer due to delays in delivery services.
Filter
Add to Wishlist

Black pu-erh tea is processed with the additional step of “cooking” the tea leaves after they have been steamed by heaping them into a pile to facilitate fermentation.

This extra step begins a natural enzymatic breakdown process that creates heat and adds a highly prized complexity, depth, and smoothness that is absent from the green variety. Well documented for its weight loss properties, pu-erh tea has been linked to lower cholesterol and obesity.

Hot tea brewing method:Bring freshly drawn cold water to a rolling boil. Break off roughly 1 teaspoon worth of tea for each cup into the teapot. Pour the boiling water into the teapot. Cover and let steep for 3-7 minutes according to taste (the longer the steeping time the stronger the tea). Even though milk and a dash of sugar help enhance the flavor character of this tea, it is perfectly acceptable to consume this tea ‘straight-up’

Iced tea-brewing method: (to make 1 liter/quart): Break off 6 teaspoons worth of tea into a teapot or heat resistant pitcher. Pour 1 1/4 cups of freshly boiled water over the tea. Steep for 5 minutes. Quarter fill a serving pitcher with cold water. Pour the tea into your serving pitcher straining the leaves. Add ice and top-up the pitcher with cold water. Garnish and sweeten to taste. [A rule of thumb when preparing fresh brewed iced tea is to double the strength of hot tea since it will be poured over ice and diluted with cold water]. Please note that this tea may tend to go cloudy or ‘milky’ when poured over ice; a perfectly normal characteristic of some high quality black teas and nothing to worry about!

Production of Puerh can be traced back to the Tang Dynasty (618-907). The exotic offering was first written about in the ancient treatise, “Book on Barbarians” published after a visit to ancient Yunnan province by a Tang government official. (Evidently the Imperialists didn’t think too highly of the province’s early inhabitants.) In it he writes, “The tea is yielded from the mountains beyond Yinsheng City and picked from scattered trees without processing. Barbarians of Mangshe drink tea by cooking it with pepper, ginger and cassia.” While this form of Puerh was certainly different from the Puerh cakes more commonly known in today’s world, archaeological records indicate that the same style of specialized leaf fermentation was being implemented, so the classification fits.

Which leads to the question. What exactly is Puerh? Among experts, this is a topic of fierce debate. Historically, confusion stems from the fact that Puerh tea is named after Puerh City, one of Yunnan’s old tea trading hubs. Normally, most Chinese teas are named after the various leaf styles, towns or gardens where they were produced. At the zenith of Puerh City’s dominance over the regional tea trade, all tea traded there was called Puerh no matter what the style or origin. For centuries, this raised questions amongst connoisseurs and purists throughout China. In order to dispel the confusion, in 2003 the Bureau of Standard Measurement of Yunnan Province defined Puerh as “products fermented from green tea of big tea leaves picked within Yunnan province.” This in itself is still quite a broad definition, so we’ll try to break it down for you.

There are two types of tea we in the West commonly know as Puerh. Raw Puerh (Sheng tea) and Ripe Puerh (Shou tea). The difference is in the aging process. Raw Puerhs are typically fermented very slowly by being stored in cellars and aged for up to 25 years. These teas, typically priced well out of range of the average tea lover, usually reside in the collections of exceptionally wealthy Chinese tea aficionados – their presence on the international markets is incredibly rare. Raw Puerh vintages are characterized by warm tones of earth, damp moss and oak that shift and shape during the aging process. On the other side of the coin is Ripe Puerh, processed according to a method developed at the Kunming tea factory in 1973. The Kunming factory devised the method in an effort to make Puerh teas available to ordinary tea drinkers in China.

When making Ripe Puerh, the tea is fermented over a matter of weeks under heavy wet blankets. During fermentation, the tea develops characteristics very similar to that of aged Puerh. The leaf is then pressed into a cake-like form, wrapped, dated and shipped to market. Black Puerh, as we are offering it here, is a unique variation on the typically green product. Prior to blanket fermentation, the leaf is pre-fermented using heat. Like its raw cousin, the cup is wonderfully rich with deep notes of earth, malt and gentle musk. A fabulous cup from one of Yunnan’s top Puerh producers. 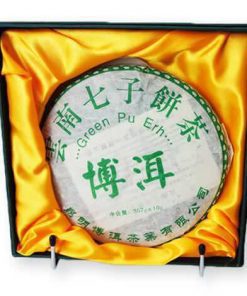 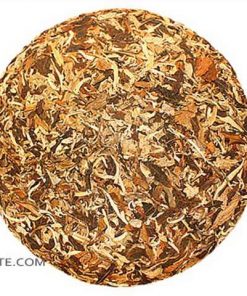 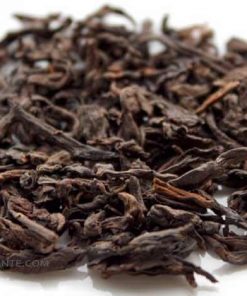 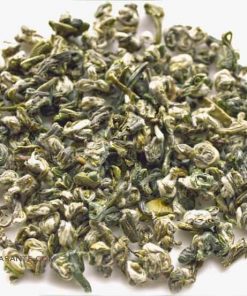 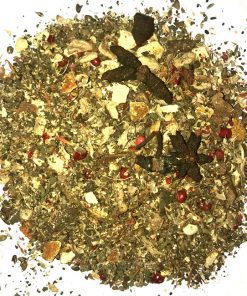 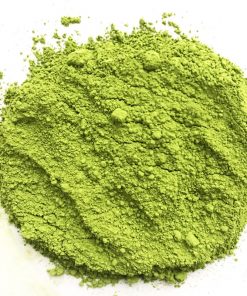 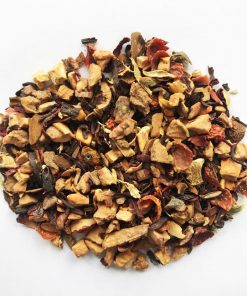 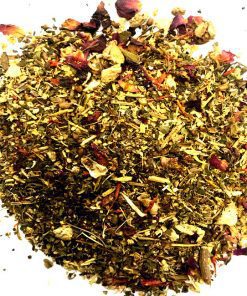 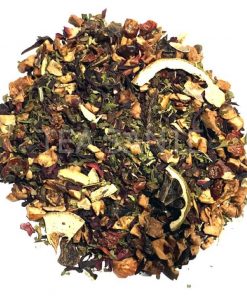 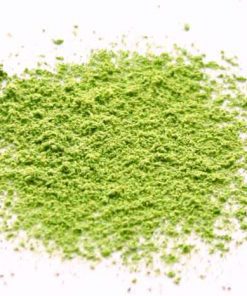 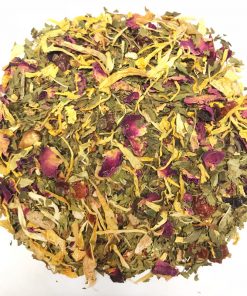